JACKSON- State Auditor Stacey Pickering issued checks for the return of nearly $50,000 to the State of Mississippi and various other local governments today. 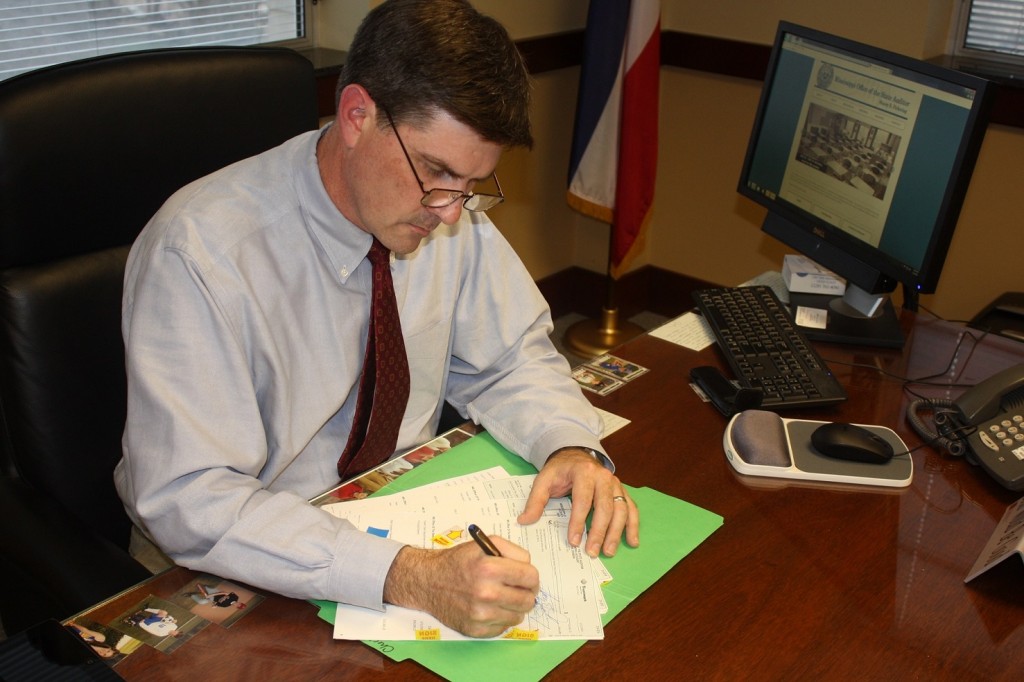 More than $26,000 returned was from David Kweller, a former Mississippi Department of Health employee, who pled guilty to embezzlement last September.

In his position with the Professional Licensure Division, Kweller, 63, was responsible for licensing and regulating various professions and he received payments in the form of cash, checks, and money orders for professional licenses and regulatory fines and penalties. Kweller pled guilty to embezzling cash receipts which were collected on behalf of the agency, including 105 separate deposits consisting of 260 individual payments made to the Department of Health.

The embezzlement took place over a two-year period from 2010 through 2012. Kweller was also one of the first individuals to be subjected to Senate Bill 2625, which prohibits those guilty of embezzlement from working for any governmental agency in Mississippi again.

“I am happy that we are able to return this money to the State of Mississippi or other local entities,” State Auditor Stacey Pickering said. “Since 2008, my Office has recovered more than $19 million on behalf of the taxpayers of Mississippi, and we will continue to hold those who steal from taxpayers accountable.”

Public monies have also been returned as a result of the following investigations: