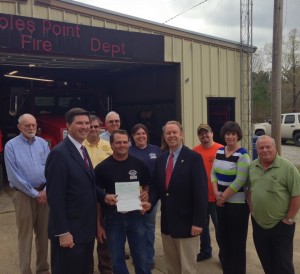 Pickering presented the City of Sardis with a check for $21,204.64 following the investigation of Odessa Johnson, a former city clerk. 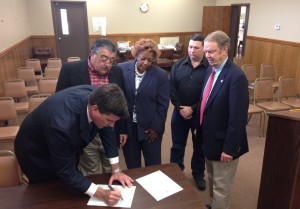 Pickering also presented the Coles Point Volunteer Fire Department (CPVFD) in Batesville with a check totaling $10,000. This was recovered as a result of an embezzlement investigation into Martha Chrestman, former Secretary and Treasurer for the Board of Commissioner for the CPVFD.

Pickering was joined by Commissioner of Insurance Mike Chaney during these presentations.

“These individuals misused their positions and stole from the taxpayers of their local communities,” Pickering said. “I am happy to be able to return these funds to the City of Sardis and the Coles Point Volunteer Fire Department and fully intend to pursue all avenues available to me to obtain full recovery of every cent that was taken.”